Brandy Saxton worked with the Orwell PC to revise their zoning and subdivision regulations, including development of a telecommunication ordinance, switching the town to a PC/DRB system and preparing a unified set of land use regulations. The revision began with an intensive public participation process to explore changes to the town’s zoning districts and densities, which resulted in creation of a shoreline overlay district, separation of a village district from the pre-existing highway commercial district and a reduction in density with required PUDs for major subdivisions in the rural district. Project begun while with ACRPC and completed as private consultant. 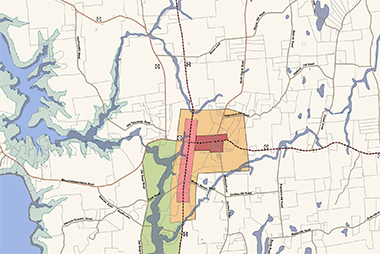 PlaceSense provides professional land use planning services for public and private sector clients in Vermont and elsewhere in the Northeast. We have experience with a variety of projects, from small to large-scale, residential to commercial development, and rural to urban design.